Welcome to the online home of Laochra Busan GAA! We are a Gaelic Football team that has trained in beautiful Busan, South Korea, since 2011 and hopefully many more years to come. Find out all about our club, and gaelic football here. 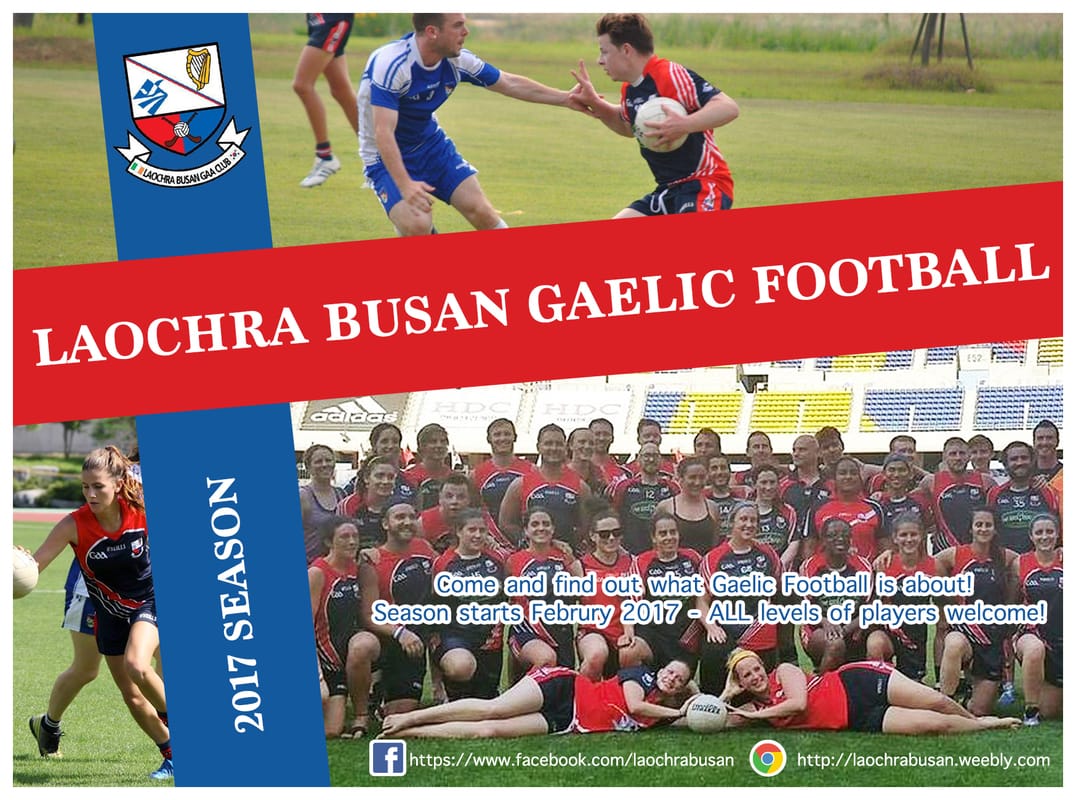 Laochra Busan is a Gaelic Football team that has trained in beautiful Busan, South Korea since 2011 and hopefuully many more years to come. We currently consists of two men's teams and a women's team, though a lot of training is mixed. All interested players, whether absolute beginners or those looking to continue playing after leaving their home club, are very welcome - we can cater to all abilities.

The Gaelic season in Korea runs from February to September. Laochra Busan will participate in the Korean Gaelic Games, against our domestic rivals, the Seoul Gaels and Daegu Fianna, in 3 tournaments, one hosted by each club. After the league is over we move our focus to 2 international tournaments: the North Asian Gaelic Games, usually held in Korea, and the Asian Gaelic Games, which this year will be held in Bangkok, Thailand. Participating in these tournaments extents the season until October, and allows club members to compete at a higher level of football.

So if you're looking to take on a new challenge for 2017, want to keep fit, and are interested in being part of one of Busan's fastest growing social and sporting clubs, please get in touch! Regular training has just started but we are open to all levels throughout the year.
​See you on the pitch.